Once a Rocker Always a Rocker: A Diary THE new music memoir 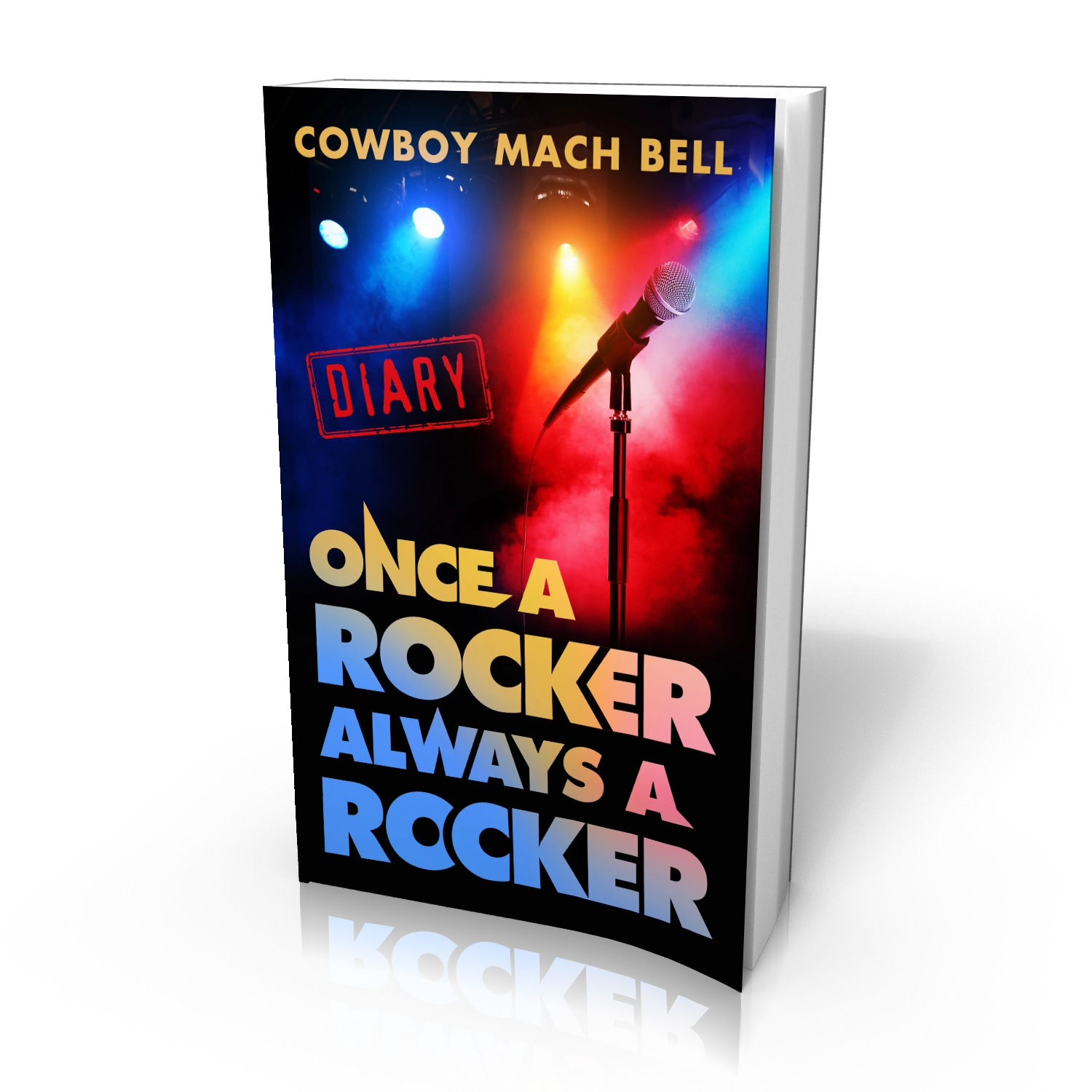 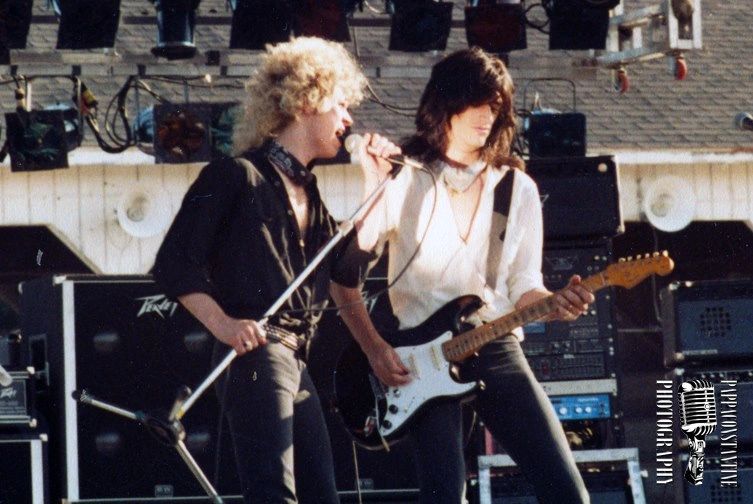 Welcome to the show

AEROSMITH  LEAD GUITARIST  JOE PERRY needed a singer for his newest Joe Perry Project line-up and out of nowhere I got drafted.

It was like winning the lottery. Much better though, because lotteries only pay cash. For the next two years I experienced things that money just can’t buy. Living on the road with America’s quintessential rock star, playing adventurous, rebellious music on big stages to huge crowds, signing autographs, finding romance and partying with my idols. I was on top.

At that same moment Joe Perry was spiraling to the bottom.

In order to stay one foot ahead of the tallyman the ex-Aerosmith star jumped into a van and hit the road, taking me and a few other newbies along on a mad dash across North America and beyond.

Taking any gig he could get.

This is my daily diary of the entire 28 month journey. Revealing the unusual bond that develops between Mr. Perry and myself as we travel, compose and record together, film an MTV video and perform 226 concerts in arenas, roadhouses, race tracks and tin shacks.

I’m thrilled to announce that the deluxe, expanded AUDIOBOOK of “Once a Rocker Always a Rocker: A Diary” is now available at Audible & Amazon

Featuring monumental Boston rocker Greg“Earthquake”Morton as my co-narrator.  The whole Diary is included PLUS...

How Lucky can Cowboy Get?

For those of you who have been asking

“Hey Cowboy, how can we help you out with the NEW Audiobook?”

Important: If you’ve ever considered becoming an Audible subscriber, PLEASE use this dedicated link

And choose “Once a Rocker Always a Rocker: A Diary” as your FIRST audiobook selection.

When you begin your 30 day Audible membership with “Once a Rocker”, it’s a Win-Win.

See?   I told you it was important!

Otherwise you can Own the Audiobook. Buy it with one click at Amazon - or COMING SOON to AppleBooks/iTunes.

Be sure to include your mailing address and the name(s) (if any) that you want my autograph personalized to. I ship FAST.Send $24.98 per book to . paypal.me/CowboyMachSorry, we can ship to USA only.

Once a Rocker Always a Rocker: A Diary

Experience the Diary in a whole new way.

Read my NEW BLOG  "Once a Rocker: Diary of an Audiobook"

I invite you to JOIN my email list today. Be the first kid on your block to hear about upcoming "ONCE A ROCKER ALWAYS A ROCKER: A DIARY" news! The brand new AUDIOBOOK, Signings, Cowboy on Tour, Personal Appearances - not to mention the much-talked-about Hollywood film version of my "Diary"... This ain't junk mail - just Good Stuff. I'll personally keep you up to date. - Cowboy Mach

What's inside the Diary?

Some of the things you’ll read about in my new book:

First and foremost, my 326 page music memoir is a detailed documentary of the years I spent singing with the Joe Perry Project in 1982, 1983 and 1984.

Along the way, I share dozens of my other rock’n’roll memories and tales.

The 60’s and the New England Teen Scene, Jimi Hendrix Experience and Led Zeppelin in Framingham, What’s Happening Mr. Silver? The WBZ Sundeck Studio at the Surf Nantasket - and my band - Joe Flash.

The 70’s. At the Rat in Boston, storming New England and NYC with my band THUNDERTRAIN. Playing and partying with the Dead Boys, David Johansen, The Cars, the Runaways, Willie Loco Alexander, David Bowie  and more ...

Road Tripping: Join Danny Hargrove, Joe Perry, me - and the rest of the Project gang inside the JPP van as we cruise from Boston to New Orleans. Las Vegas to Miami. Caracas to Toronto. Detroit to Huntington Beach and beyond…

AEROSMITH - the early days. My memories of their first shows at the start of 1971. I also  share my personal experiences performing and recording with Brad Whitford and playing live onstage with Joey Kramer and Steven Tyler.  Plus, my backstage tales.

Once A Rocker Always a Rocker: A Diary

In San Francisco, the outrageous Michael Butler (the man who set the wheels in motion for the publication of "Once a Rocker: A Diary") conducts a no-holds-barred two hour interview with rocker/author Cowboy Mach.  Rock and Roll Geek Show is the first and best rock podcast in the world.

Mach gets the opportunity to speak with musicologist Robert von Bernewitz in New York. Rob’s a real music guy and here’s the conversation they about "Once a Rocker" & Mach's career. With some nice photos too.

Hal from Philly  welcomes author Mach Bell and they engage in a colorful and thought-provoking, one-hour conversation on "Tales of the Road Warriors."

“ I was a Joe Perry fan before I heard the Cowboy's stories, Now I'm a Cowboy Mach Bell fan.  An honest and entertaining read from start to finish. I CAN'T WAIT FOR THE MOVIE! ”

“ Amazing book, what a wild ride…”

“ I just finished an awesome book which I think you’d enjoy, simply if you love rock’n’roll.  Now, if you’re an Aerosmith and Joe Perry fan, I know you’re gonna want to read this one.

The book is Once a Rocker Always a Rocker: A Diary, written by local legend Mach Bell, singer for the late 70’s Boston workhorse group Thundertrain.

And also, more famously, as frontman to the Joe Perry Project.”

“This book is a must read...you can’t put it down.

“Worth the price of admission...euphoric recall of that era affirms the true meaning of having no regrets in my life…”

EARTHQUAKE MORTON Duke and the Drivers

“Finally a real book about Rock and Roll and life on the Road.”

“The book captures the spirit of writing, recording and touring in a rock band. It’s an honest, fun and not always so glamorous look. Reading it, I felt like I was along for the ride.”

“ Buy. This. Book! I'm about a third of the way through it, and it's a well written daily journal of Mach Bell's time as a member of The Joe Perry Project - The good, the bad, and the ugly.  Mach of course was also the front man for legendary Boston rockers Thundertrain, among others. It's a great stand alone book, but if you were involved in the Boston music community from the mid 70's on, it's a must read. “

“It's a great read of the brutality of the music buzz, and the 'scene' of what life on the road was like in the early 80’s.”

“Every entry a gem. In the wayback machine the whole time.”

“ We were all taught to write from our own experience. Mach Bell has done that in a compelling, powerful and true story. What a ride.”

CADILLAC JACK Duke and the Drivers

“ This book was a page/turner all the way thru.. a must read book…”

Mach vs. the Groundhog on WMWM-FM

Music from Joe Perry Project, Thundertrain & Last Man Standing. Mach  talks rock, predicts the Oscar’s, takes a phone call from author Joe Milliken, gives his new take on the Aerosmith/Kramer kontroversy and reveals how he got his nickname “Cowboy.”

CHECK IT OUT right now: http://raccoonradio.freehostia.com/Trax/MachBell20Feb2.mp3

1/13/20 Michael Scott Stewart and Mike Newman get the low down from guest Mach Bell. Recorded live on the campus of Tufts University . Lots of good JPP tunes too.

Cowboy Mach meets the King of the Indies - Gerg Anidem

THANK YOU TO ALL THE PHOTOGRAPHERS WHOSE WORK I HAVE SHARED ON THIS PAGE, IN MY BOOK PROMOTIONS AND IN MY ROCK DIARY.

If anyone on this list does not want their images included,

please drop me a fb message (button below). 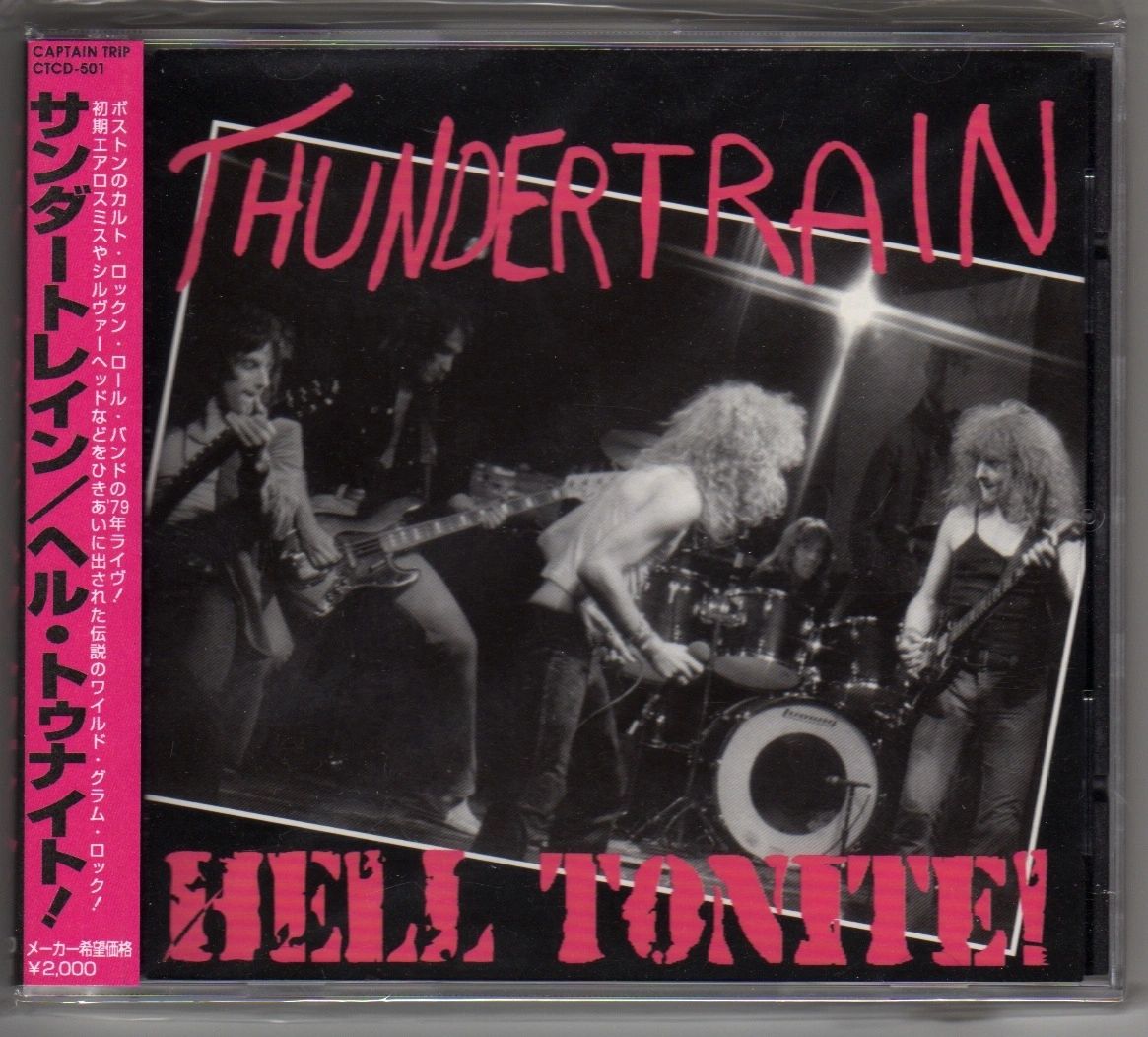 “Hell Tonite!” captures Thundertrain blasting-out a high-octane show at a biker bar in Peabody MA. The show was originally recorded & broadcast over WCOZ-FM in 1979 and is preserved here in all its glory. Liner notes are by Thundertrain frontman Mach Bell .

this site is alive - come back soon

thank you for stopping by

Copyright © 2019 Once a Rocker -  Panther Rock Books - All Rights Reserved.